Automation – Can’t keep up with the growing Container Handling Industry?

Conventional logistics no longer sustain growing pressures to meet customer’s demands of immediate delivery. As a result, terminals are turning to automation as a strategy to accelerate cargo flow. The steep decline in inefficient operations, costs, injuries, and environmental impacts are the primary benefits derived from the employment of automation. However, only 3%-13% of terminals worldwide are either partially or fully automated. So why do terminals refrain from such an opportunity? 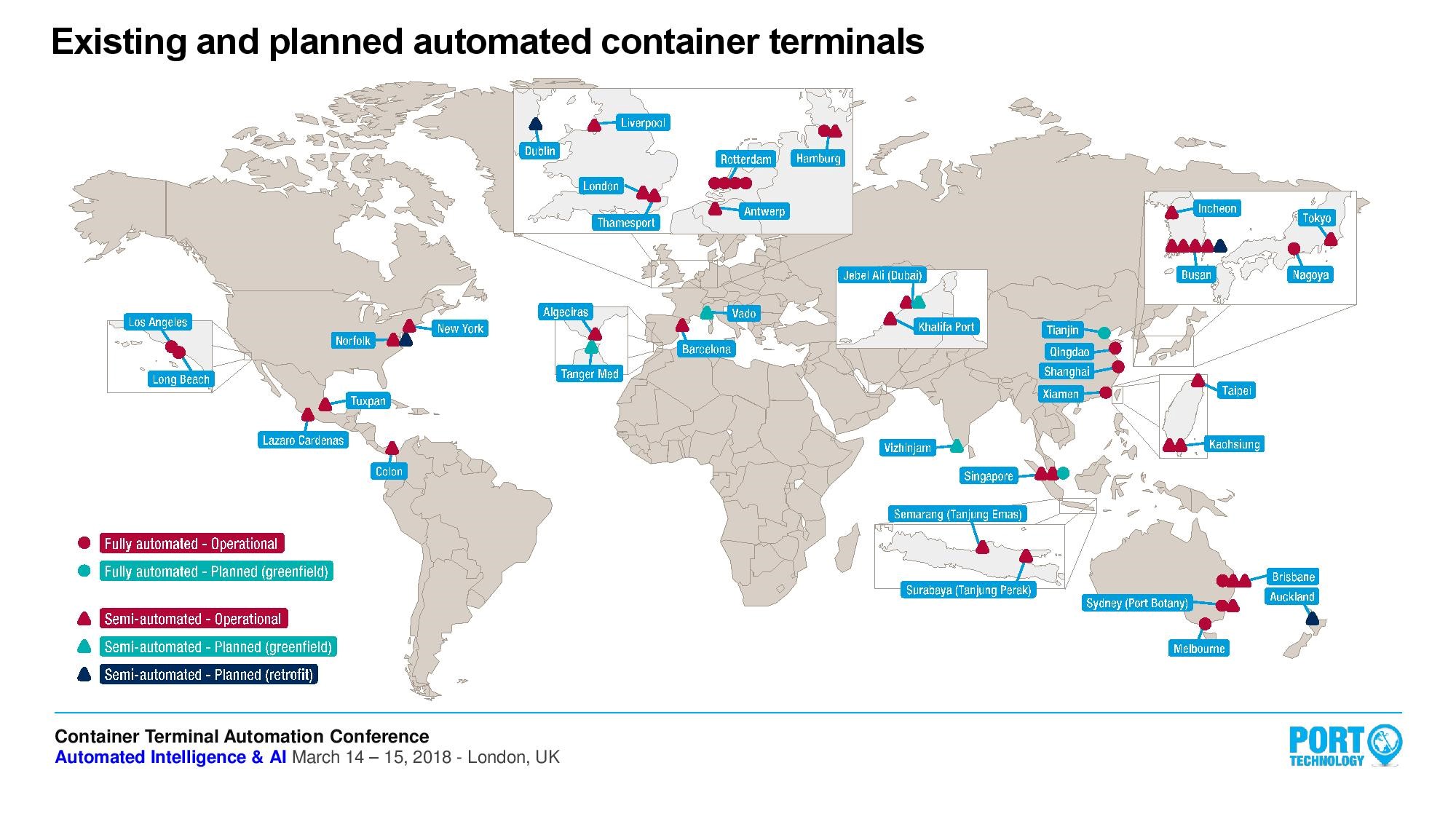 Inefficiencies in terminals cost the Container Handling Industry a massive $17 billion a year, and yet most of the advantages of automation are left disregarded. Consequently, ports and marine terminals are inhibited from reaching their full potential in operational efficiency and may confront the risk of becoming obsolete.

The problem is, terminal operators, omit to automation due to reasons varying from unions to costs. A large portion of terminal operating executives and managers favor more equipment as opposed to intelligent IT software which is another factor constituting to the resistance to automation. Reduced transparency in terminal data is a repercussion that arises in the absence of automation. This is because data recorded for when a container is being loaded, discharged, stored, and moved, will not be entirely accurate or standardized if exercised manually.

However, the initial finances required to invest in the implementation of automation in terminals remain as the biggest deterrent. Most terminal operators are unfamiliar with the scalable aspect of automation. It is critical to note that automation modules can be scaled accordingly to match the budget provided while still satisfying all set requirements. Therefore, if terminal operators can endorse a prospective outlook, a substantial spike in cost savings, operational efficiency, and ROI, can be recognized.

Don’t let the budget define the limits to your cost savings. Take control, let automation do all the hard work and witness the success.