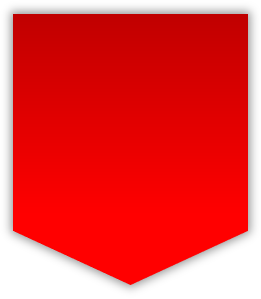 The holiday season may have already started, but we would like to send our most profound appreciation for your unwavering support before we enter the new year. Find out dates when we will resume office. Happy holidays and see you in 2021!
Click Here

Take a look at the standout events which forever transformed the Maritime and Container Handling Industry. The global supply chain endured immense pressure to deliver and remain intact despite the most challenging conditions.
Click Here

Upon declaring a global pandemic, a worldwide economic crisis soon emerged. While there were few failures in attempts to maintain control, there were successes. Take a look at the key takeaways to consider which contribute to business sustainability.
Click Here

The holiday season may have already started, but we would like to send our most profound appreciation for your unwavering support before we enter the new year.

2020 has been a turbulent one, except your confidence in us has helped us strive in design and development to pave a better environment for all ports and terminals. If anything, this year has strengthened our partnerships and created new opportunities that will see the light in the new year – stay tuned!

We will continue to look after you and ensure that our solutions specially curate towards your nuances and meet your objectives. We have stayed dedicated to providing the best service possible, so please let us know if we can be of any assistance, and we will help resolve whatever issues that may arise.

RBS will be out of the office for the remaining days of the year and back on 4 January 2021. We are hopeful of the new year and thrilled to see what we will achieve together. RBS wishes you a merry Christmas and a happy new year. Take care and stay safe. See you in 2021!

The end of the year is nearing and declaring 2020 as falling short of a rough ride would be quite the understatement. It has been a tumultuous year that continues to challenge our current knowledge, pushing for a shift in operations and restructure in organizations.

Analyzing the year in two halves will offer better insight into the nuances, how we dealt with unprecedented change and navigated or even mastered resilience. Before heading into 2021, let us look at a few notable (and not limited to) events that rocked the industry:

World trade suffered a stark drop in the first half as the result of COVID-19 straining the global economy. The virus proved so transmissible that epicenters became overthrown by another country and soon dominated the world map. Positive cases skyrocketed, and the outbreak became uncontrollable, establishing a worldwide pandemic. Not only were the health and wellbeing of individuals severely impacted, but it also initiated a worldwide economic crisis.

Container throughput plundered as they were either clogged at warehouses due to border closures in local regions, preventing movement. If not at the warehouses, containers were idle on vessels for weeks, forced to quarantine for two weeks as a precautionary measure before docking and discharging at their destination. Consequently, there were delays in deliveries, which caused a continuous chain reaction, hurting each supply chain node. Carriers, trucking companies, suppliers, and even consumers were all impacted by the halt in the trade as orders remain unfulfilled. For many, due to the long period of business activity, involuntary administration was the unfortunate outcome. To offset such losses, many companies increased their prices for their products and services.

Stretching into April, the world witnessed another historical event that never happened before – oil prices plummeted below zero. The crash in oil prices drove panic across the oil and freight industry as producers were financing buyers to take it off their hands due to fears of insufficient storage approaching May. What was once a commodity and highly lucrative was no longer anymore. COVID-19 outbreaks expedited across the globe, prompting governments to enforce quarantine control and lockdown practices, which inherently weakened oil demand. As a result, the high commodity price volatility revealed oil suppliers were no longer generating enough profits to match the pace of rising shipping rates.

The nightmare loomed over stranded seafarers, as they tolerated neglect at sea without effective aid and exceeded their period of shipboard service. Seafarers endured well over their agreed contract, which typically serves up to a maximum of 11 months, changing 100,000 crew members every month. However, by June, an estimated 150,000 were stranded due to border closures and other restrictions, imposing indefinite service, and preventing shore leave. Their mental and physical health declined as many ship owners worldwide could not respond to sudden quarantine control measures both timely and effectively. Seafarers stuck onboard were deprived of access to standard necessities and were vulnerable to extreme fatigue, potentially creating hazardous situations as they continue to operate vessels.

By August, Lebanon suffered another tragedy while battling a pandemic – the Beirut explosions initiated significant reforms in safety and handling hazardous goods. Hundreds of lives were lost while thousands were left displaced due to complacency in storing dangerous goods. It was an event that brought great despair but incited profound change in safety procedures to protect workers’ and citizens’ health and well-being.

Unfortunately, seafarers abandoned at sea was still a prominent issue persisting into the second half of the year. A stark increase of 400,000 seafarers was stranded by September, proving a significant and complex problem that requires immediate attention. Things took a turn in early September when the International Maritime Organization head, Kitack Lim, confirmed crew changes. Though, the speed of crew changes heavily outpaced the backlog.

The United Nations General Assembly passed a resolution on 1 December 2020, prompting all governments to inherit steps that facilitate crew changes, including travel, repatriation efforts, and warrant access to medical care. Currently, most nations allow seafarers to cross borders, but the process varies according to the local government laws. Some procedures involve screening and quarantine requirements, restricted or pricey travel, and continually changing rules which adjust to new outbreaks and mutations of the virus.

Through various trials and errors, participants of the supply chain learned first-hand or spectated on how to navigate a global pandemic better. As many quickly learned what worked and what methods could be applied, ports and terminals managed to gradually recover from the fall in cargo demand earlier in the year. Re-evaluating business structures for streamlining operations and enhancing potential optimization to save on resources was a widespread practice. Some ports and terminals expedited their digitalization journey, accepting new technological ventures like 5G implementations, cloud TOS, and AI optimization. Other prevalent strategies to localize trade revealed significant investment into building rail infrastructures and port expansions to increase container throughput capacity.

This year has highlighted deep vulnerabilities in our current knowledge and the current system, as the playout of each global event has undoubtedly impacted every participant of the supply chain – from manufacturers and suppliers down to the consumer. Millions of businesses were forced into voluntary administration while millions of employees lost their jobs. Nonetheless, the colossal impact absorbed by all affected has encouraged resilience and the institution of better practices that dynamically respond to changing conditions.

Confronting and leaping over a series of hurdles have yielded many critical lessons for the Maritime and Container Industry to practice and carry forward. Although the pandemic has proven how quickly knowledge can become redundant, it has revealed the importance of maintaining duality and flexibility when faced with an onslaught. A few key takeaways to consider:

Operations and management governed too rigidly, struggled in performance during the pandemic since ports and terminals dealt with something extraordinary and unique. Effective optimization requires flexibility in system technology and all management levels to achieve visibility, paving the way for a dynamic response to changing conditions. Adopting proven technology and ensuring it tailors to the port’s objectives and vision will grant financial and operational optimization. Only then will pure optimization benefits such as cost savings yield for port and terminal operators to leverage.

Operations that heavily relied on human interaction must have hindered overall terminal performance during lockdowns. Digitalizing and automating where possible are some of the greatest lessons that the pandemic has revealed to the Container Handling Industry. Automation will facilitate social distancing while also ensuring minimal errors develop from planning down to work instruction execution – all of which are critical to employee well-being and the port’s productivity levels. Financial resources depleted for many in the initial stages of the global crisis, as they fought to grapple with the disruptions in conventional life. Therefore, many can no longer afford to leave room for error or allow for an increase in expenses – work smarter, not harder.

The health and safety of your employees is the first and foremost priority of any business. Therefore, enforcing effective safety regulations to protect the health and well-being of personnel is critical. Strengthening protection procedures in managing different cargo types, moving containers, maintaining hygiene, etc., to ensure tasks and operations adhere to the local laws will also drive terminal performance stability. Standardizing safety protocol will offer better control even in instances of safety infringements.

Not only has the global pandemic contributed to the worldwide crisis, but climate change has become more rampant, exposing the absence of climate responsibilities prevalent in industries. Rising temperatures and natural disasters have destroyed resources and even caused casualties. As a result, an increasing number of executives have recognized these events as the impetus for enforcing environmental goals, ensuring there are active efforts to adopt greener technology to alleviate climate change.

Due to the pandemic, all businesses worldwide who had the capacity converted their workspace online, and millions were suddenly working from home overnight. However, it fosters the perfect environment to prey on so many individuals online. Increased instances of breaching privacy, security attacks, and compromised data have risen. The rushed transformation left little time for employees to receive adequate training on security risks and learn methods to fend off such breaches. Therefore, it is critical to incite visibility in operations and amongst teams to fortify security. Businesses and organizations must develop effective protective procedures and adopt appropriate technology to create a more robust plan in vulnerable times